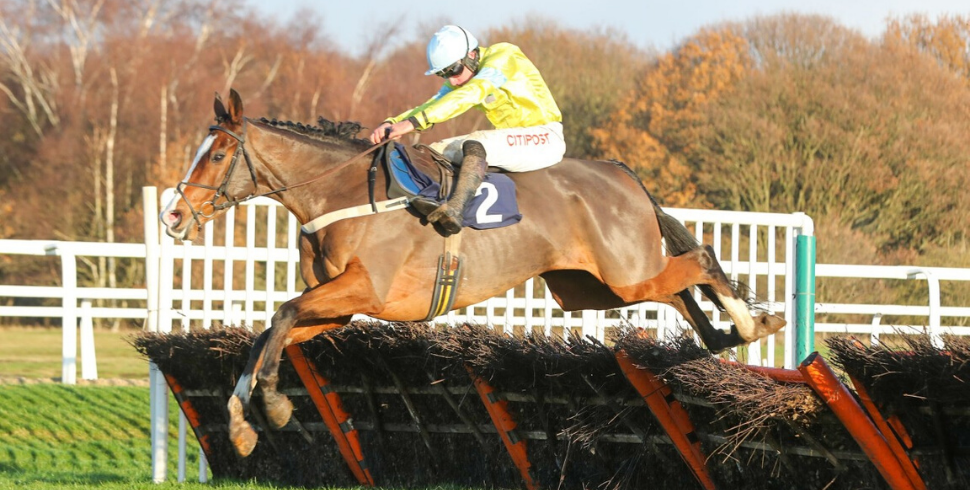 Back to news grid

The Northern Lad who will always come first

Since the admirable Countrywide Flame trained in Malton by John Quinn finished 3rd in the 2013 Champion Hurdle behind Hurricane Fly and Rock on Ruby there have been 6 subsequent renewals of the Blue Riband event at Cheltenham.

A total of 61 horses have gone to post for these championship races, 41 of whom have either been trained in Ireland or have travelled the 45 miles from the all conquering N J Henderson OBE stables at Seven Barrows. Of the remaining 33% of all runners only 1 has hailed from a northern trainers yard that being the 50/1 shot Cyrius Darius, who in 2017 trailed in last of the ten finishes when trained by the sadly missed Malcolm Jefferson.

A golden era of the likes of the great Sea Pigeon and Night Nurse it has certainly not been for the North. With the continued and seemingly unstoppable balance of power shifting South and across the Irish Sea, since the halcyon days of the late 70’s and early 80’s festival dreams have never looked so bleak for Gods Own County and its fellow northern counterparts.

Yet could the passionate and knowledgeable racegoers North of the Midlands now, at long last, have something to shout about. That something comes in the imposing and handsomely impressive form on the 5 year old flashy white faced delegator gelding “Cornerstone Lad”. Trained expertly by the much underrated Micky Hammond high in the epi centre of the Middleham Hills. The ‘Northern Lad’ and recent winner of the prestigious Fighting Fifth Hurdle at Newcastle, stands as the joint 3rd highest rated 2 mile hurdler currently in action in the UK.

Rated 159 by the BHB he is only 1lb shy of the Henderson duo “Call Me Lord” and “Verdana Blue” and equal with current Champion Hurdle favourite “Epatante” who coincidentally also beds down of an evening at Chez 7 Barrows. To put into further perspective the ‘Northern’ lad is rated an amazing 13lb’s superior to his next northern trained advisory, the hugely talented and popular Phil Kirby trained mare “Lady Buttons”. Why therefore is the racing world not taking much notice of the new Northern Kid on the Block. Some of it has to do with the unfortunate and hugely disappointing media coverage of his recent Newcastle victory.

The racing public are continually told by Chamberlain, Luck etc that racing itself loves its own stories and yet in the aftermath of that amazing race at Gosforth Park on the 30th November 2019, the entire racing media missed a gilt edged opportunity. Instead of focusing attention on the cheaply bought previously unheralded gelding trained by a perceived unfashionable northern trainer owned by a born and bred Yorkshire lady, who the supposed southern racing royalty had probably never heard of, they instead focused all attention on the defeated and sadly injured former champion “Buveur D’Air”.

Instead of bellowing from their privileged platforms of the fact that dreams can come true and that David has been known to defeat Goliath more than once, they decided to focus on the astute and underrated pilot Hendy Brook having ‘poached’ a soft lead. In Yorkshire credit is given where credit is due. One unnamed hack came up with the headline ‘No hoper shocks dual champion “Buveur D’Air”. Bang average reporting and certainly no credit afforded.

The above ‘irk’ aside, the main reason that the ‘Northern’ lad continues to fly under the radar is because of his oh so grounded and oh so impressive owner Mrs Lofthouse. To Mrs Lofthouse, Cornerstone is her pride and joy, and it is her ‘friends’ wellbeing that is the be all and end all to her. In the spring of 2018 when the clammer and possible favour of her trainer and jockey was to enter the cauldron and sometimes graveyard of the Fred Winter Hurdle at Cheltenham, Mrs Lofthouse insisted that Cornerstone was not ready for such an ask and as is her want instead he headed to Hexham for a 5 runner novice hurdle where Mr J Wright (7) managed to get him beat at 2/5 by a 33/1 87 rated opponent.

The learning curve continued and no harm was done. After a well deserved summer break Cornerstones education continued during the winter of 2018 and spring of 2019 culminating in a victory off 139 at Newcastle in April. After Hammond had failed to get a win out of him on the flat off a mark of 65 by beating him with his 33/1 second string at Carlisle in May, Cornerstone was again looked after and given a well earned break. The clammer now was to unleash him on a novice chase campaign and yet once more his guardian Mrs Lofthouse resisted and insisting that Cornerstone, now aged 5, was still not old enough nor experienced enough, told all of relevance that he would have one more year hurdling. For the good of the horse, let the horse tell us how good he is.

And so here we are, after wins on the flat at Catterick and over hurdles at Wetherby and in no small way, down to the foresight of assistant trainer Kate Waltons suggestion of a speculative fighting fifth entry the Northern Lad has attentions firmly set on this Saturday’s Champion Hurdle trail at Haydock. With handicaps a thing of the past, a decent showing at Haydock will test his guardians resolve to the max.

If she gives him the green light to tread the path to the holy grail on the 2nd Tuesday in March he will go there with a fighting chance. Yet he will only go if it is right for him to do so. If he does go he should go there with the backing of the Northern hoards who’s pilgrimage is as set in stone as mushy peas with pie and Yorkshire pudding with gravy. Let the glory days of the Pigeon and the Nurse return the ‘Northern’ Lad cometh!

Previous articleNext article
Join us on Twitter Join us on Linkedin